Chairperson to The Electoral Commission 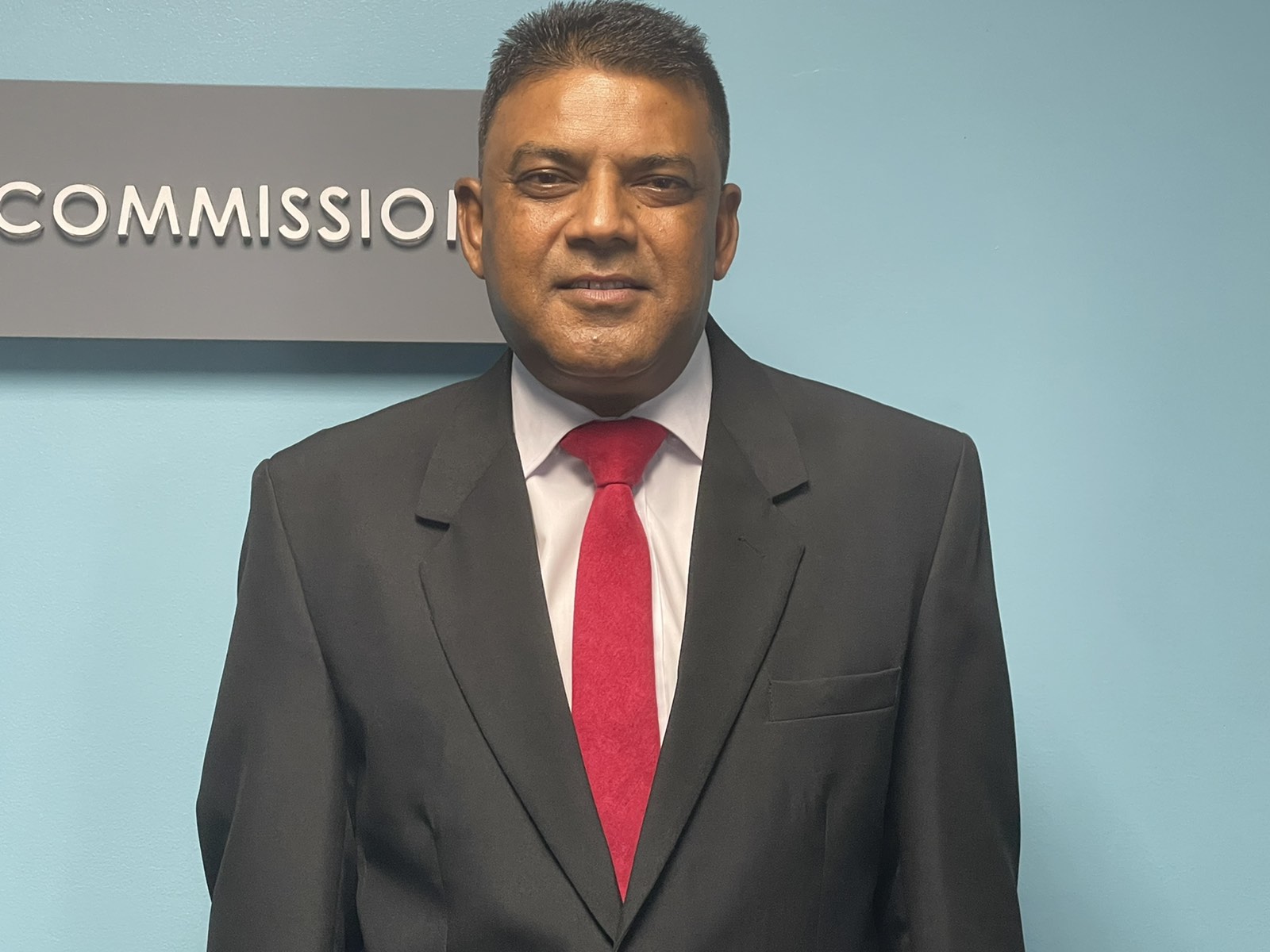 Mr Mukesh Nand, is the Chairperson of the Electoral Commission and was appointed to the position by His Excellency the President of the Republic of Fiji on 24 February, 2022.

Mr Nand holds a Bachelor in Law and a Bachelor of Arts majoring in Accounting and Financial Management from the University of the South Pacific.

Following his admission as a Barrister and Solicitor to the High Court of Fiji in 2003, Mr Nand held various positions in the legal fraternity before establishing his own firm, Nands Law in 2009.

He has over 38 years of experience having worked with various local law firms such as   Parshotam & Co. and Rams Law.

Mr Nand is originally from Ba and currently resides with his family in Suva. 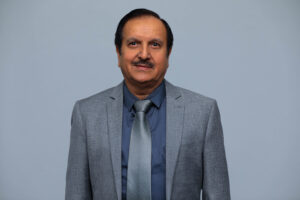 Mr Jay Lal, is a Member of The Electoral Commission, re-appointed to the position by His Excellency the President of the Republic of Fiji on 20 March, 2020.

Mr Lal worked with various international accounting firms such as Price Waterhouse & Co, Peat Marwick Mitchell & Co and Ernst & Whiney both in New Zealand and in Fiji for eight (8) years before commencing his own business in 1987.  His experience in the chartered accounting profession spans over 30 years.

JAY LAL & CO, the chartered accounting firm established by Mr Lal offers a comprehensive range of accounting, auditing, taxation, business advisory, system implementation and other services to clients from all industries, locally and in the region.

Mr Lal is originally from Lautoka and is married with three children.

Member of  The Electoral Commission 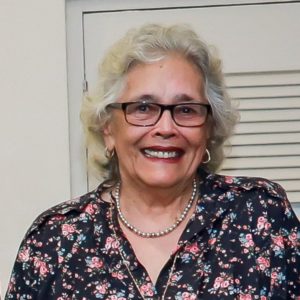 Mrs Margot Jenkins is a Member of The Electoral Commission, re-appointed to the position by his Excellency, the President of the Republic of Fiji on 20 March, 2020.

Mrs Jenkins has an entrepreneurial heart, having owned and operated several businesses throughout her career.

A restauranteur by profession, Mrs Jenkins owned and operated the Point After Bar and Grill Restaurant from 2006 to 2008 and has owned and/or managed several other restaurants throughout her career in the U.S.A.

Member of  The Electoral Commission 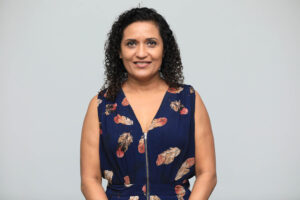 Mrs Kavita Raniga, is a Member of The Electoral Commission, re-appointed to the position by His Excellency the President of the Republic of Fiji on 20 March, 2020.

A pharmacist by profession, Mrs Raniga is the Managing Director at Budget Pharmacy.

She also oversees operations at The Essentials – Denarau General Store, Spa Maya, Amy Street Pharmacy and is a relieving pharmacist at Budget Pharmacy.

Mrs Raniga attained a Bachelor in Pharmacy from Monash University (Victoria College of Pharmacy) in 1993. She did her Pharmacy Internship at Monash Medical Centre, Clayton, Melbourne (1993 to 1994).  She also worked as a full time pharmacist at Burwood Amcal Chemist, Melbourne, Australia in 1994.

She serves as a member of the Australian Health Practitioner Regulation Agency (AHPRA), the Pharmacy Board of Australia and the Fiji Pharmaceutical Society.

Mrs Raniga has carried out community and professional work by assisting on Mobile Medical Camps by Ramakrishna Mission of Fiji. She also serves as a member of Women in Business.

Mrs Raniga is married to Ajay Raniga with two boys. 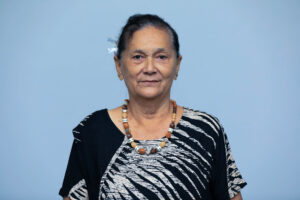 Ms Selina Lee Wah is a Member of The Electoral Commission, appointed to the position by His Excellency the President of the Republic of Fiji on 20 March, 2020.

Ms Wah identifies herself as a Social Worker, though her work is multi-facetted spanning various sectors of the economy.

Ms Wah completed her term as a Commissioner at the Fiji Human Rights and Anti-Discrimination Commission following the establishment of the Commssion under the 2013 Constitution.

She was a bank officer for 35 years with the ANZ Bank until she retired and decided to focus all of her efforts on social work.

Ms Wah has held the position of Vice President of the Labasa Chinese Community since 1994. She was Vice President of Labasa Red Cross (2003-2005), and was a Member of the National Advisory Council since 2000 among various other roles.

She also has a rich sports background having represented Fiji in Netball in 1970 and was a Trialist for Hockey in 1979.

Furthermore, she held various position such as President of Fiji Red Cross-Labasa, President of the Catholic Women’s League, Member of the Archdiocese Justice & Development, Member of the National Council for Building a Better Fiji, Member of the Standing committee of the National Advisory Council for the Minority, Treasurer Labasa Hospital Board of Visitors, Treasurer Diabetic Fiji Inc- Northern Branch, Treasurer Labasa Old People’s home- Board of visitors, Member Northern Divisional Liquor board, Member Northern Divisional Development Board, Member Educational Divisional School Management Board and a Member of Education Forum. 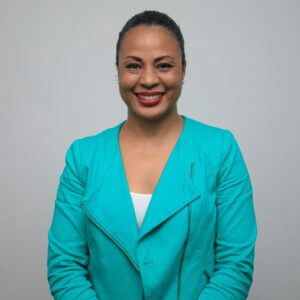 Ms Ateca Ledua, was appointed to the position by His Excellency, the President of the Republic of Fiji on 24 February, 2022.

Ms Ledua has vast experience in the Fijian Media Industry and has worked with various radio and television companies such as ‘Communications Fiji Limited,’ ‘Fiji Television Limited’ and ‘Fijian Broadcasting Corporation.’

She holds a Professional Diploma in Business Management at the University of the South Pacific.

Ms Ledua has been a familiar face over the years and has held positions such as TV Presenter for the television show ‘Get Set.’ She is currently a TV Producer/ Presenter and TV News Anchor at the Fijian Broadcasting Corporation.

Ms Ledua has done voice narrations for a number of visual documentaries, including the television programme ‘Pacific Way’ produced by The Secretariat of the Pacific Community, the Fiji Fashion Week, Film Fiji Kula Film Awards and Tadra Kahani –The Dream Story Stage Show. She has also done voice-overs for countless television and radio commercials.

Ms Ledua lives in Suva with her two daughters.